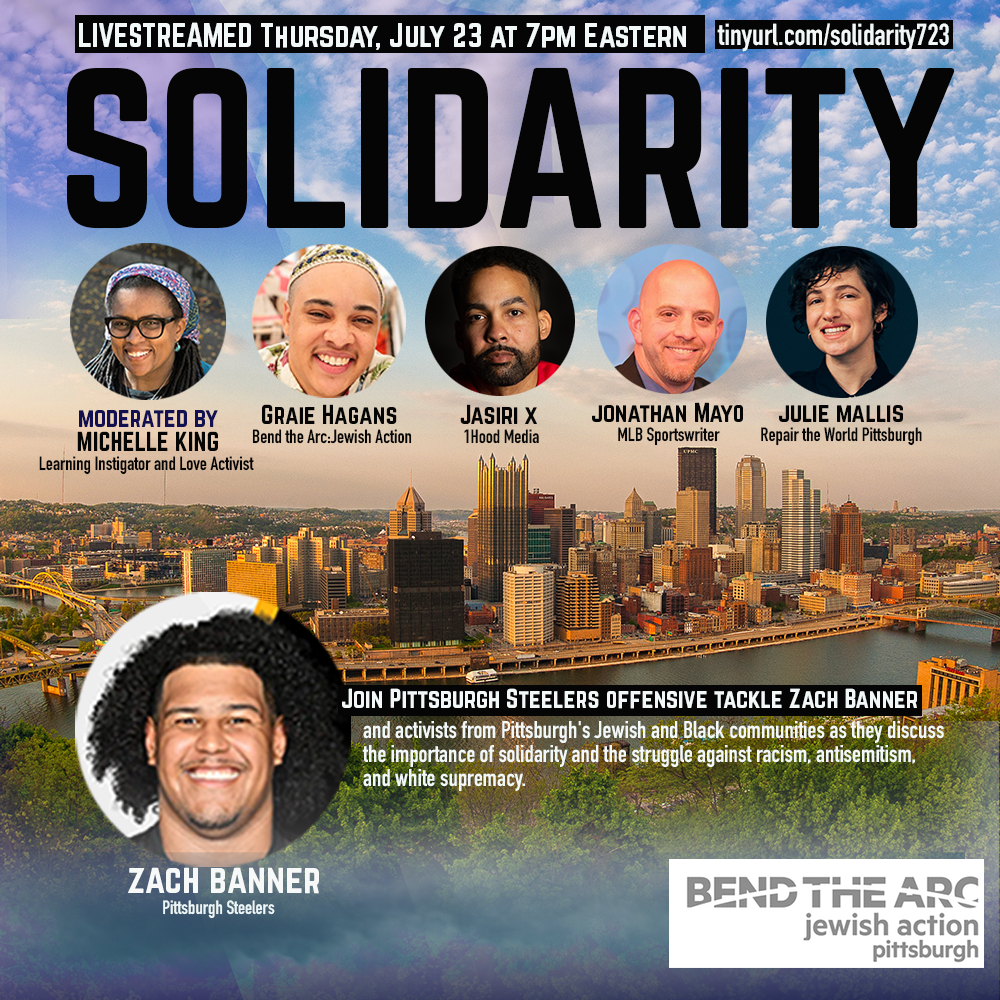 Please join Bend the Arc Jewish Action: Pittsburgh on July 23, 7pm Eastern, when Pittsburgh Steelers offensive tackle Zach Banner will talk with activists from Pittsburgh’s Jewish and Black communities about the importance of solidarity following recent antisemitic comments by DeSean Jackson of the Philadelphia Eagles. The event will be livestreamed on Bend the Arc: Jewish Action Pittsburgh’s YouTube channel.

Jackson’s comments -- including one falsely attributed to Hitler -- proved especially painful here in Pittsburgh, where we are still reeling from the 2018 mass shooting at the Tree of Life Synagogue. Banner was one of the earliest voices in the NFL to respond, emphasizing the interconnections between racism and antisemitism and calling for Black/Jewish solidarity at a time when some are trying to divide the movement for social justice.

Banner will be joined by Black and Jewish activists from Pittsburgh, including Jews of color, who share his vision of solidarity and his commitment to the struggle against racism, antisemitism, and white supremacy. Other panelists will include hip-hop artist Jasiri X, founder of the artist/activist collective 1Hood; Julie Mallis, Director of Repair the World: Pittsburgh; MLB sportswriter Jonathan Mayo, a core leader of Bend the Arc Jewish Action: Pittsburgh; and Graie Hagans, National Organizer and Training Manager of Bend the Arc: Jewish Action. The conversation will be moderated by educational equity expert Michelle King.